Organic Earth is a biological grow shop which -next to her daily business- also fights for the normalization of cannabis culture. Besides an extensive range of products Organic Earth likes and needs to interfere in the discussion on the use of cannabis and the policy on this point. We want to share our knowledge on these topics. One of our tools is our own publishing company Organic Press.

Organic Press is a small publisher located in Maastricht, The Netherlands. Amongst our publications we have books about growing cannabis, the policy and the social discussion around subject.

The 1st edition of Organic Press dates back to 1993, “Sinsemilla sous lumière artificièlle”, a French book for novice cannabis growers. Shortly after followed by translations in German, Dutch, English, Spanish and Italian.

In 2003 we released a Dutch manual for growing cannabis in outdoor: “Cannabis Sativa L. Buiten”. This publication is also available in German and French.

We did not stop there. Organic Press is also strongly involved in the discussion of the policy on cannabis and the social and political discord herein. An example of this is our book : “Onkruid vergaat niet” (“weed does not perish”) by Deborah Bruin, which lists the criminal and administrative history of the coffee shop policy in the Netherlands.

Our latest publication is a photo book, documented by Bert Janssen, on the most well known cultural freezone in Maastricht: Landbouwbelang. A small haven for and by independent souls. 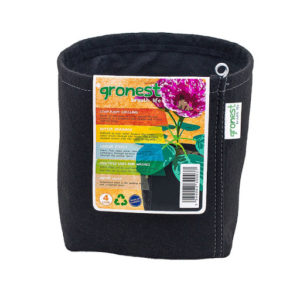 Gronest has engineered a technically advanced growing container using its proprietary “Aqua Breathe”. With Gronest’s highly engineered geotextile, we have achieved the optimum in strength durability, aeration and moisture retention in a single product.

Gronest has engineered a technically advanced growing container using its proprietary “Aqua Breathe”. With Gronest’s highly engineered geotextile, we have achieved the optimum in strength durability, aeration and moisture retention in a single product.

This is the year of KmintZ. In this crossing of Zkittlez x Kush Mints Ripper Seeds improved the lack of weight  and enhancing the effect of the Zkittlez.

For its heady power we have crossed GMO, a USA selection of Chem Cookies, with Kush Mints known for its productivity and its quickness of flowering. The result is a perfect hybrid with everything we look for in a 21st century plant.

Select the fields to be shown. Others will be hidden. Drag and drop to rearrange the order.
Compare
Wishlist 0
Open wishlist page Continue shopping